Fitbit emphasizes that less is more with their second version of Fitbit Versa. The fitness company lives on by improving everything that made their original smartwatch an appealing yet affordable device. With its boosted features, it continues to pave its way towards an innovative and assisted lifestyle. Since quality fitness can significantly impact on our overall health, maintaining an active routine is essential. Thanks to advanced technology, Fitbit Versa 2 now features a detailed voice assistant and a proximity fitness tracker, combined with smartwatch functionality. With these developments, many people continue to ask. Is it worth purchasing? Read more from this Fitbit Versa 2 review to find your answer.

Fitbit’s first real fitness smartwatch, the Fitbit Versa 2, continuously withstands the test of time quite admirably, even with the release of Fitbit Versa 3. A lot of consumers still find it as one of the best Fitbits that you can ever purchase. It is worth considering, especially for those looking for an affordable fitness tracker.

Fitbit Versa 2 rose to popularity as it proves that you don’t have to break the bank to get a hold of a fully functional fitness watch. As a direct competitor of Apple watch and other specialized running watches from Garmin, Fitbit offers similar capabilities at a more affordable price range. With their release of Versa 2, Fitbit further establishes that you don’t need top-of-the-line components to produce a fabulous fitness watch.

The good thing about Fitbit Versa 2 is that it stays true to its functionality. Unlike most smartwatches, it does not try hard to replace your phone. The Fitbit Versa 2 gears firmly at fitness enthusiasts and focuses on being an outstanding fitness tracker. Rather than purely looking at productivity, it comes with additional benefits.

While health and fitness monitoring take center stage, the Fitbit Versa 2 connects the space between smartphone and fitness tracker. By providing messaging and calendar notifications, intelligent home control, and the ability to play songs from your phone when running or working out.

Since its introduction in 2019, Fitbit keeps on upgrading the Versa 2 with additional features. The firm decided that unique applications like the Smart Alarm and an always-on watch face are just not enough. Therefore, the most recent update incorporates an oxygen level sensor that tracks blood pressure and heart rate while you sleep. 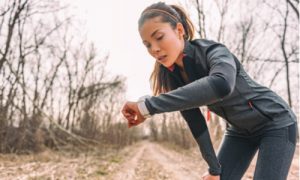 Fitbit unveiled the Versa 2 on August 28 of 2019, at the IFA consumer tech conference. The firm demonstrated the gadget for the first time to the general public. It costs the same as its predecessor in the UK and US, although its price is a little more in Australia, roughly close to the Apple Watch Series 3. The Fitbit Versa 2 is currently purchasable on Fitbit’s website or at different outlet stores, both in-store and online.

The Fitbit Versa 2 costs around two hundred dollars. However, the firm also released a particular edition version which costs around thirty dollars more. This version comes with a luxurious woven band and a copper rose or mist grey frame.

When you buy a Versa 2, you’ll be entitled to a seven-day free trial of Fitbit Premium. This membership offers new fitness programs. Meanwhile, those who get the Special Edition Versa 2 will receive a 90-day Fitbit Premium trial.

When we talk about design, Fitbit might be following through its predecessor’s footsteps. Since many consumers seem to like the curved square style of the first Fitbit Versa, the procedure carries on to the second version. At a glance, the new fitness watch appears to be quite identical to its predecessor. However, a closer inspection uncovers minor tweaks that give the Versa 2 a distinct personality.

In comparison with the Apple Watch 3, the Fitbit Versa 2 is only a tiny bit thicker. But the casing tapers inwards towards the heart monitor beneath, making it appear a lot slimmer. With a 40mm screen size, it should fit most wrists.

The Versa 2 also offers an always-on display option, which is a significant addition. This feature is not active by default, and you’ll have to go into the watch’s settings window to alter it. The always-on watch face had no personalization choices during its first launch. Up until now, it has limited options of either basic analog or digital settings.

On the other hand, a fresh software update has included a bunch of new third-party features. This development allows modification in the AMOLED display faces. However, you might find that the battery life gets cut in half. 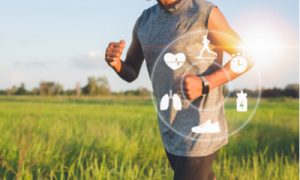 Setting aside visual satisfaction, the Versa 2 works a lot faster than its predecessor. This improvement owes to its new chipset. It does not suggest that the original Versa has any latency or performance concerns. However, users of the previous version can instantly notice a significant improvement in the smoothness of operation. Most importantly, navigating between different pages, launching and closing applications is a lot quicker than before.

The Versa 2 has an excellent battery life, much like all previous Fitbit devices. Fitbit states that with everyday use, the device can last up to five days. In our experiment, we were able to extend it to a little over six days of battery life. Although, we believe it was more likely due to the screen brightness set to the lowest level.

Given that the watch display is the very first element you see when you lift your wrists, it’s great to know that there are plenty of styles to select from, all of which you can find through the Fitbit app.

You can activate the Fitbit app launcher by gently swiping from right to left. Doing so will show four options on each panel. You can adjust them depending on your preference by softly pressing the display until haptic feedback appears.

It also enables Fitbit Today statistics, which reveals up to seven elements of your preference. These include your total steps taken, heart rate, sleep score, and dietary consumption. You can further optimize each detail through the app settings. Moreover, quick settings allow you to toggle Do Not Disturb, Sleep Mode, Screen Brightness, Always-On Display, and Screen Wake.

Because the Versa 2 now has Amazon’s voice commands, it ought to be able to get a lot more than its predecessors. However, you must first download the Amazon Alexa app for your smartphone. Then, register your Amazon account inside the Fitbit application to use voice commands on your smart device.

Unfortunately, Alexa’s replies to inquiries are primarily in written form and not audible. When coupled with the fact that you require your fingertips to bring up the virtual assistant, this feature is slightly problematic, especially when you already have your hands full.

Fitbit fitness trackers are notorious for being jam-packed with fitness functions, and the Versa 2 is no exception. Although you may start a fitness routine by picking an option from the watch’s workout app, the Versa 2 can proactively monitor activities. While using SmartTrack technology for health tracking, there are some things to keep in mind. You must have your smartphone with you to allow for the GPS to collect location details, and you will not be able to access real-time data.

Basing on our experience, the Versa 2 shines at tracking sleep. To begin with, the gadget is light and comfy enough so you can wear it all night. Second, Fitbit’s formerly complicated sleep tracking features have significantly improved, and each night’s sleep now receives a new sleep score. Sleep Tracking Score calculates your sleep cycle. It counts how long you’ve been up, how long you’ve been sleeping, how restless you’ve been, and how much REM sleep you’ve had.

For those who have never tried the first version of Versa but are looking for an affordable fitness smartwatch, the Versa 2 is an intriguing option. In combination with some physical tweaks, the luxurious design of this tracker brings about a fantastic and appealing display. Moreover, the virtual assistant Alexa adds something new to the Fitbit lineup.

Although it may not cover all messaging platforms, you may get alerts on other text messages and applications, such as Facebook Messenger and WhatsApp. Nonetheless, you can play music with its Spotify compatibility and change exercise modes with its built-in GPS and health features. Updates in its operating system are on the way to continue making this device the almost perfect wearable available.

Is It Worth Buying? 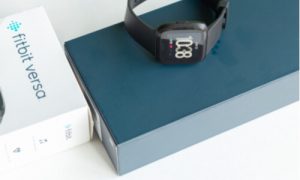 It might be challenging to suggest the Versa 2 to those who already own the Ionic or the original Versa. Admittedly, you would already have access to Fitbit’s ecosystem with any of the earlier tracker versions. However, if you’re looking for a minor upgrade and are already inclined to Fitbit, the Versa 2 is unquestionably an excellent choice. After all, it has a bigger screen, is quicker, and voice commands.

In conclusion, the Versa 2 provides a straightforward exercise and fitness tracking experience. The bottom line offers accurate results, even though the company can improve the collection of data in the Fitbit app. To make things even more exciting, you may connect with your pals and even strangers for fitness challenges. 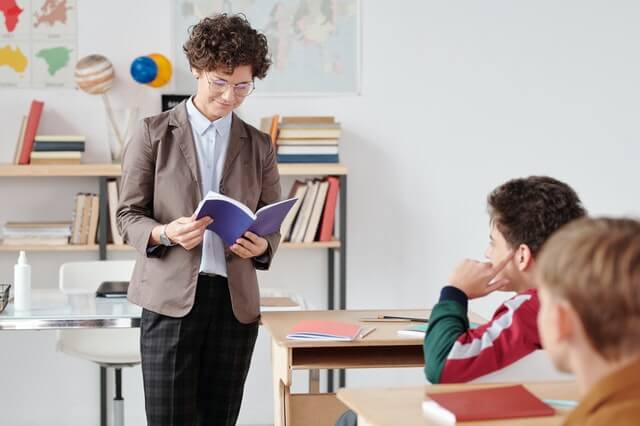